Julian trained as lawyer in London, lectured law for a while and ended up managing Legal Aid contracts in the Not For Profit Sector, before giving it all up to write and give his wife even more hell. 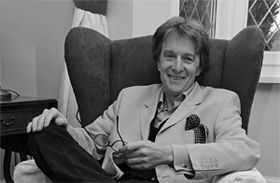 Apart from being a novelist, Julian is also a columnist, broadcaster, political journalist/commentator and public speaker.

He has been a regular contributor for Westminster’s influential Labour Uncut, has written for the nationals, the Institute of Welsh Affaires and is presently a columnist for two of Wales’ biggest selling newspapers.
More recently, he is the founder and editor of the political website ‘Letters From Wales Uncut’ – see www.lettersfromwalesuncut.com

Julian is neither a member of nor affiliated to, any political party or organisation.